For those of you that may have missed it, which is most likely all of you, we still have a few copies of R Duncan's 'Village of H' tape left. $5 for the lucky souls that grab the last of them. 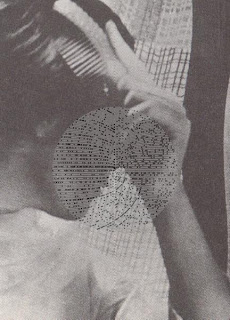 R Duncan 'Village of H' C47 (2011, SM#)
Village Of H is the most recent offering to be laid at the sacred altar of Spanish Magic. Steeped in secrecy, R.Duncan maintains close connection with hibernating Sydney group, Castings. According to what little information is listed on the one-third of a cover this thing comes cloaked in, the sources for R.Duncan’s sound are TAPE, FEEDBACK and SYNTH. While I don’t doubt the use of the first two, it is the use and variety of synths used throughout Village that is most noticeable. At times R.Duncan uses his electronic doo-dads for nefarious harshness, at others sparse minimalism. But its on the opening track and two concluding tracks where Duncan's sound is at its best. On these slices, Duncan breathes electronic life into the corpse of Raymond Scott and trots him around to make memorable experimental ditties that wouldn’t be out of place between classics in the R. Scott lexicon like “Twilight In Turkey” and “Night And Day”. If there is anything that synth-based music needs in 2011, it is people making excellent and original sounds like this. Although bearing the Spanish Magic name, Village Of H is dangerously close to being a private press obscurity with its lack of track listing, members or much discernible information at all. Lucky for slobbering synth nerds, this one is out there waiting to be heard. - tape piss
Posted by Spanish Magic at 2:33 PM

Posted by Spanish Magic at 8:18 PM Side A of this here tape is a perfect example of Pimmon at his best in a live format. Including unreleased gems melded with a couple of old favourites from his Tigerbeat6 days. The madman set this one up perfect for strange coupling with Pure Evil Trio at the Lansdowne Hotel on a Sunday afternoon. A weird one, but he made it work!

And on the FLIP (Side B) you step back to 1983 when some were boys no older than 18. That includes Mr Saxton and Masters. Founded in New South Wales, the early 1980s in the climate of Australian post-punk and industrial (influenced particularly by Severed Heads); they released a few tapes on their Stripling Bog label, such as ‘Vanished Thumbs’ (1981), ‘Klinger the Blowies’ (1981), ‘Eeleemon Machine’ (1982) and ‘Yclept Truth’ (1982?). After a period of almost thirty years of inactivity, this split with Pimmon is finally ready to hit the ears of the public! Using what they called ‘the Loopola’, live loops feeding back on themselves and slowly decaying. Turntable and Cassette of even younger gentleman of 8; totally mind-bending! 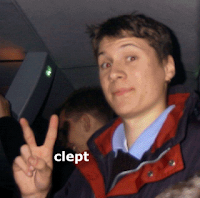 Honestly one of the weirdest tapes I’ve heard and I’ve listened to it about a thousand times. Still rings weird. Like something you’d pick up in a dodgy porn shop or hopefully find one day in a vinnies bin and it blows your mind. Exactly as the name suggests, you’ll be skipping through the radio channels of absolute blissed out synth, wandering back to days of primitive ruckus, and trekking through the streets of Mexico to Thailand, only to return to some odd homely conversation. All recorded direct to dictaphone and all out of wack; in the best way possible! I found the station I was looking for but then I lost it again.
Get loaded on insanity. $6 plus postage
Posted by Spanish Magic at 9:03 PM

Posted by Spanish Magic at 9:23 PM

Posted by Spanish Magic at 8:24 AM

Posted by Spanish Magic at 8:18 AM

Labels: castings, spew your guts up 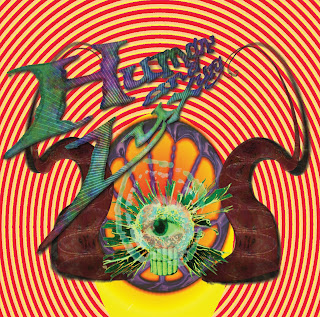 …from the badlands of Tasmania, through Melbourne share-house doors to a 7” in your hands, Go Genre Everything are an unstoppable force of nature – equal parts Crass, Tears For Fears and Luigi Russolo. A three-piece duo! Fitting we think as there are AT LEAST five pieces inside these gorgeous and ‘future’ pop songs created by Zac & Jen – ALL AT THE SAME TIME. Live, GGE are the answer to the question “whatever happened to fun?”…”humans like collecting things that match” they sing. I believe them, i truly do. 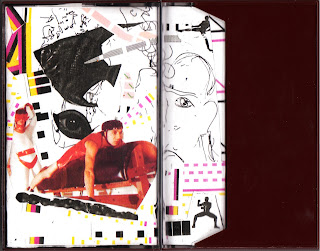 Giza before there was GZA, the moron has been creating a stir since ’92 with his music (constantly evolving but always jumping the fence instead of walking around it) and his attitude towards others who have an attitude. This new document here is PFM playing the Arkestra (late 50’s), playing Henri Chopin, playing Prince Paul if that makes sense. He’d tell me i am a wanker…and he wouldn’t be far off. Whatever. That’s why he makes the music and i get stuck with writing this shit. Tape manipulation, vinyl, synth, woodwind & vocal spats and bursts of mania behind the drum-kit? Nah. Modern jazz for techno kids? Maybe. “you can’t have me” says Alex Chilton…”what?” replies the moron. Yup.

$5 plus postage
Posted by Spanish Magic at 6:40 PM

Spanish Magic
Email us at spanishmagic(at)hotmail(dot)com or head to www.voxcyclops.tumblr.com for more distro shit.